Mastering Toastmasters
Tips, tricks, tools, techniques and useful information to help you get the most out of Toastmasters

How to get free publicity! 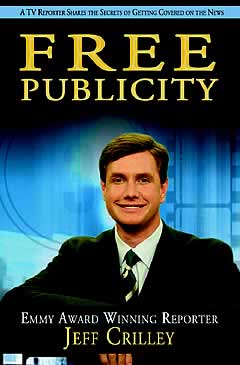 Jeff Crilley is an Emmy Award winning Television News Reporter with decades of experience. In his seminars and book "Free Publicity", Jeff teaches how to get free publicity from the news media -- taught from the Reporter's perspective.

Jeff's book and seminars share a peek into the news media screening process...

At one television newsroom in which he worked:

Jeff teaches how to circumvent that bottleneck, how to find the reporter who would want to tell your story, how to craft your story and schmooze that reporter so they will want to tell it.

Jeff also teaches how to build rapport with that reporter so you can become their "go to guy" (or gal) for your niche. How to build and nurture that relationship and how to kill it -- what NOT to do.

The techniques Jeff teaches are suitable for Television, Radio, Newspapers and other print media.

Jeff teaches how and when to tap into media "feeding frenzies", when media are desperate for certain kinds of stories.

Case in point: years ago the Dallas Cowboys professional football team hired Bill Parcells to be their new head coach. Parcells was nicknamed the "Big Tuna". On the day his hiring was announced, a local Dallas Restaurant announced they were adding "The Big Tuna Platter" to their menu -- a large Tuna fillet. Television news reporters were lining up to interview that restaurant owner. His clever story angle, properly timed, yielded free televised exposure that was the equivalent of hundreds of thousands of dollars worth of advertising.

Could you use free publicity like that for your business? For your cause? Jeff can teach you how.

Jeff's book is available through Amazon.com:

Jeff can be contacted via his website www.jeffcrilley.com which also sells his book in both print and CD formats.

If you are ever in the Dallas/Fort Worth area, Jeff co-hosts a monthly "DFW Do-It-Yourself PR" luncheon. Details are available at www.meetup.com.

You can also hire Jeff Crilley's PR firm RealNewsPR.com to help you. 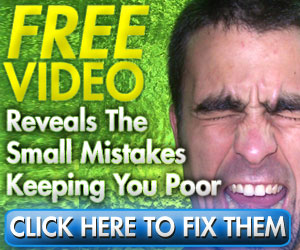